Welcome to the Austin Chinese Church English Congregation! ACC's mission is to make disciples of Jesus Christ by sharing His good news with all people, especially with those of Chinese descent, and helping them grow as followers of Christ, so that together we will bear witness of His glory in Austin, in the surrounding areas, and to the ends of the earth.

We believe that the triune God - the Father, the Son Jesus Christ, and the Holy Spirit - is supreme and sovereign. He is the focus of our individual and corporate worship in praises, prayers and the preaching and teaching of God’s Word. We believe that prayer is essential in order to sustain a close relationship with God, and it must be the foundation of all our ministries. Therefore, we are committed to building up ACC as a house of prayer. (Psalm 150; Isaiah 56:7)

We believe that God’s Word is the catalyst for spiritual transformation and growth. The Bible is the highest authoritative guide for what we believe and how we should live. We are committed to teaching and upholding the Bible, and we pledge to avoid misinterpreting, truncating, adjusting or in any other way modifying Biblical truth, which was once and for all delivered to people in God’s Word. (2 Timothy 3:16)

We believe that every Christian must continually grow and be transformed as a disciple of Christ through the application of God’s Word, obedience to the Holy Spirit, and faithful service to the Lord. We are committed to making disciples who will make disciples. (Ephesians 4:1-3; 15-16)

We believe that spiritually healthy families are the foundation of a united church. We are committed to building God-centered families whose members love one another, following the example of Christ. (Colossians. 3:18-21; Ephesians 5:21-6:1- 4)

We believe in vibrant and authentic fellowship in which we care for and love one another sacrificially, as we build up the body of Christ. (Acts 2:42-47; John 13:34-35).

We value a lifestyle of sharing the love of God both locally and globally by spreading His Good News through evangelism, missions, and community caring and service. We believe that every Christian is called to be an ambassador for Christ. (Matthew 28:19-20; Acts 1:8; 2 Corinthians 5:20)

We believe that it is essential and effective for believers to seek, discern, and obey the Lord’s will as a community. We are committed to unity embracing diversity in a multilingual, multicultural and multigenerational ministry within our multi-congregational church. We value honest communication and mutual respect so that God will be glorified and our church will flourish. (Ephesians 4:11-13,15; Galatians 3:28; 1 Corinthians 12:12)

Our Statement of Faith

We believe in the one and only true God, Creator of all universe, eternally existent in three persons: Father, Son, and Holy Spirit.

We believe in Jesus Christ, the Only Begotten Son of God, Conceived of the Holy Spirit and born of the Virgin Mary. He suffered under the hand of Pontius Pilate, died on the cross, buried, descended into Hades and was raised bodily from the dead on the third day. He ascended to the right hand of the Father. He will return personally to judge the living and the dead.

We believe in the Holy Spirit, the Counselor, who convicts and regenerates the repentant sinners, and indwells, illuminates and empowers the believers to manifest their faith in action, attaining a sanctified life.

We believe the sixty-six books of the Holy Bible, both the Old and New Testaments, to be the inspired word of God, consistent in truth and inerrant, the divine and final authority for all Christian faith and life.

We believe that man was created in the image of God, had a glorious position originally, that he sinned and was depraved. As a sinner, man is in need of God’s grace for regeneration and can only be justified through faith in Jesus Christ alone.

We believe that the Church is built by Jesus Christ. The Church is His body, consisting of those regenerated by the Spirit of God and of which Jesus is the Head, and the purpose of the Church is to be Christ’s witness on earth.

Our church is governed according to by-laws that prescribe how the church is organized and administered. The by-laws have been approved by the Church Council and members, and are available for download. 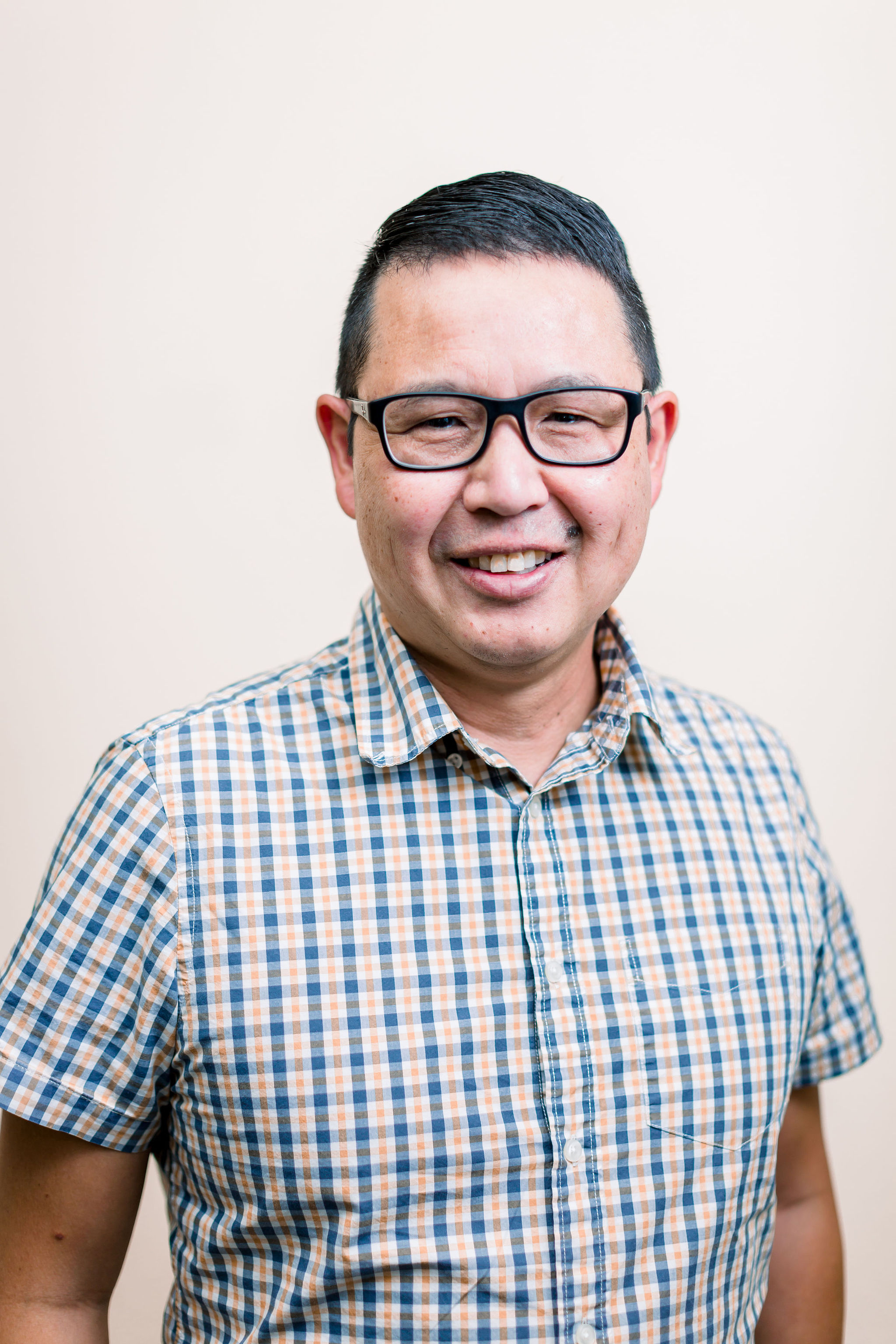 Pastor Art Hsu is the English Pastor at ACC, having joined staff in June 2009. He was born in the Philippines and grew up in Southern California. He received his Bachelor degree in Psychology at UCLA (1994) and his Master of Divinity at Fuller Theological Seminary (2000). For nine years Art and his wife, Lucy, were involved in international student ministry. They joined ACC because they want to invest in the next generations of Asian-Americans, challenging them to become passionate Christ-followers here in Austin and to the nations of the world. Art and Lucy have two sons, Roan and Wyatt. 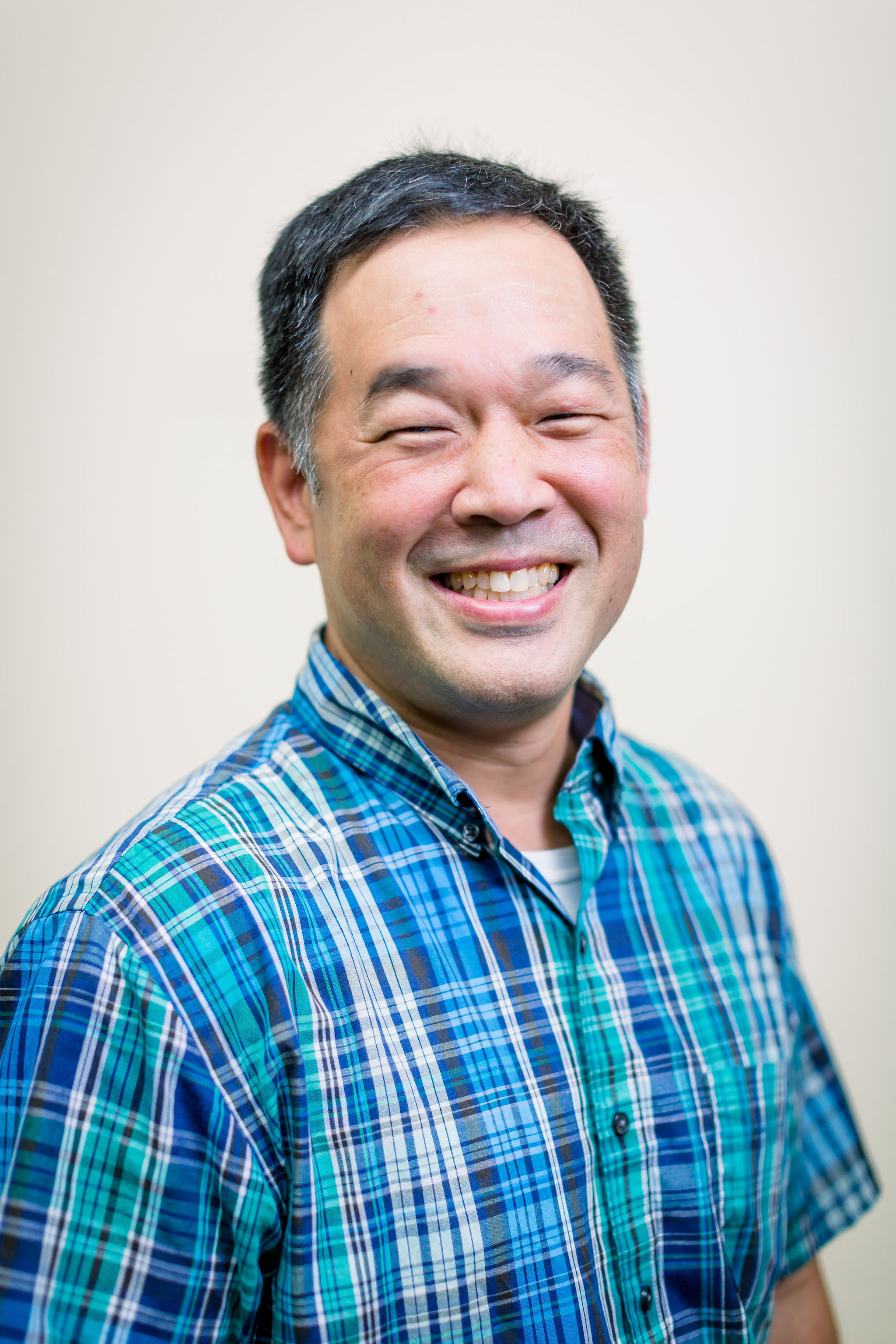 Pastor Gaylord Tsuei joined the Pastoral Staff at ACC in May of 1998 as the English Pastor. Pastor G graduated from Bob Jones University with a B.A. in Christian Missions (1988), and completed his Master of Divinity at Central Baptist Theological Seminary (1996). He is married to Tina, and they have two children, Charis and Silas. Gaylord and Tina have a special burden for Chinese-Americans. They desire to see God use them to encourage others to grow in their walk with Christ and to serve God faithfully. 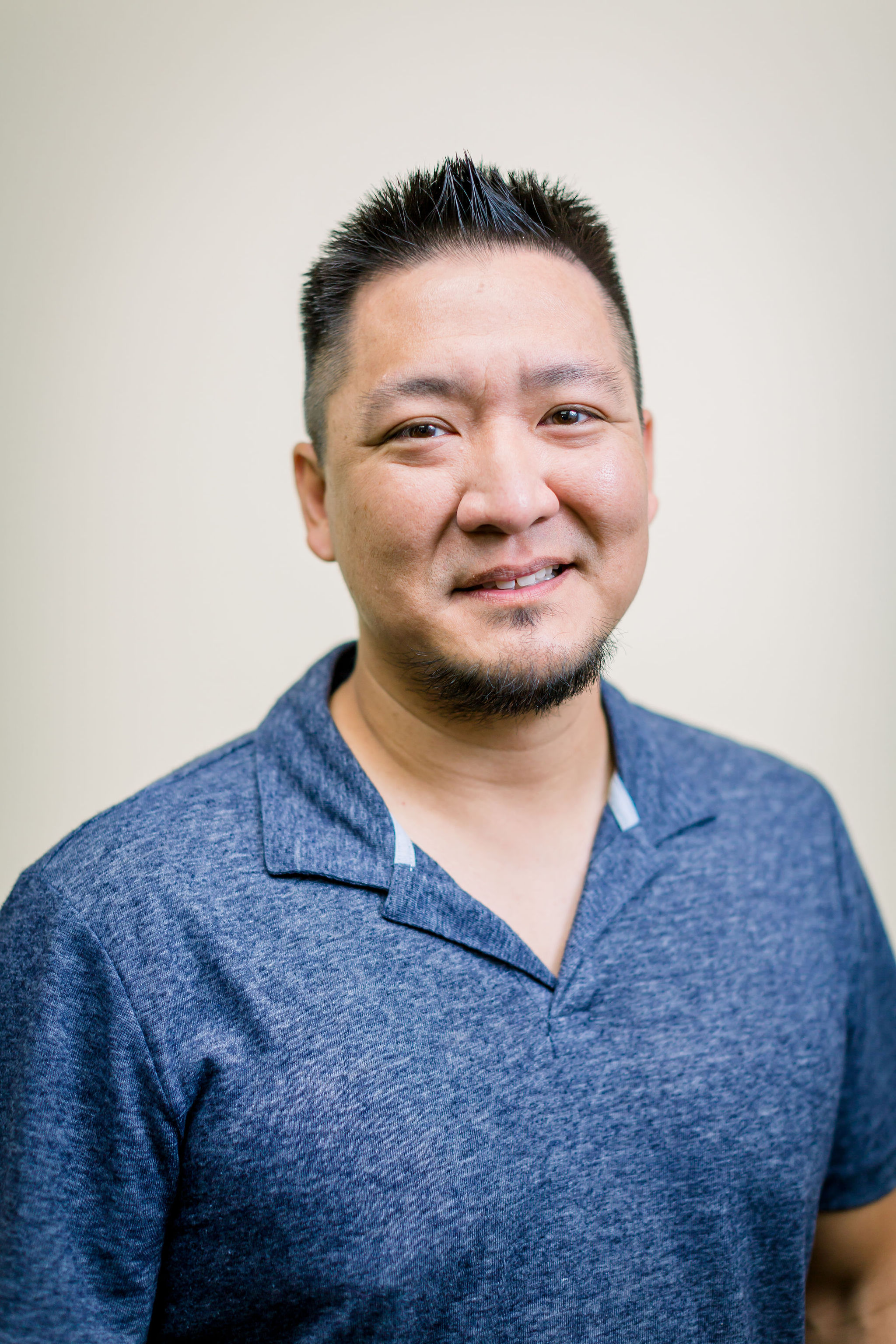 Pastor Patrick Yao is the NextGen Family Pastor at ACC, joining the staff in August 2018. Hailing from St. Louis, Missouri, Pat attended University of Illinois at Urbana-Champaign and graduated in Economics and East Asian Languages and Cultures in 2001. Following his calling to ministry, Pat later attended Covenant Theological Seminary and graduated with an M.Div in 2006. He served as youth pastor and English associate pastor in California from 2006-2018 before following the call to ACC as Family Pastor. Pat’s desire is to equip families growing in the next generation to live out the call of Deuteronomy 6. Pat is married to Gloria since 2005 and have four children, Adelaide, Eliana, Cason, Kayliane, and bleeds red and blue for the St. Louis Cardinals, and Golden State Warriors. 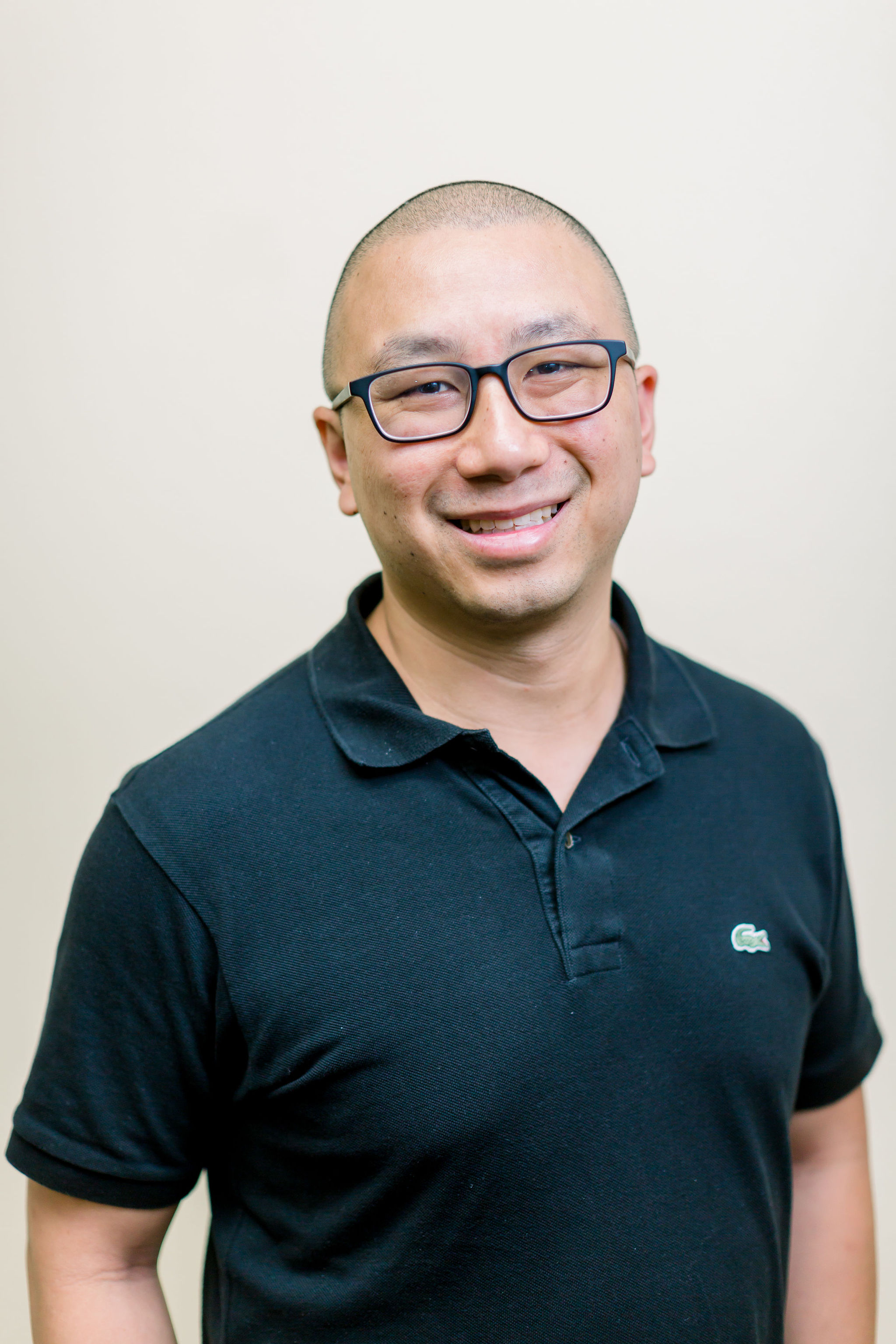 Minister Dominic Chan joined ACC in 2015 as the youth pastor serving middle and high school students. Growing up in Southern California, he became a Christian through a youth summer camp. He received his calling to ministry as a high school senior. He graduated from Boston University with a business degree in finance and entrepreneurship and received his Master of Divinity at Gordon-Conwell Theological Seminary. Prior to joining ACC, Dominic apprenticed at Boston Chinese Evangelical Church and interned at Golden Gate Christian Church in San Francisco. Dominic met his wife, Lynn, in college through Intervarsity and they are passionate to see Chinese-American students richly steeped in the Gospel in order to reach the world. They have two young sons, Micah and Jordan. In his spare time, Dominic enjoys cooking, trying new restaurants, basketball, traveling, reading, listening to podcasts, storing random bits of information into Evernote, and wandering up and down the aisles of Costco. 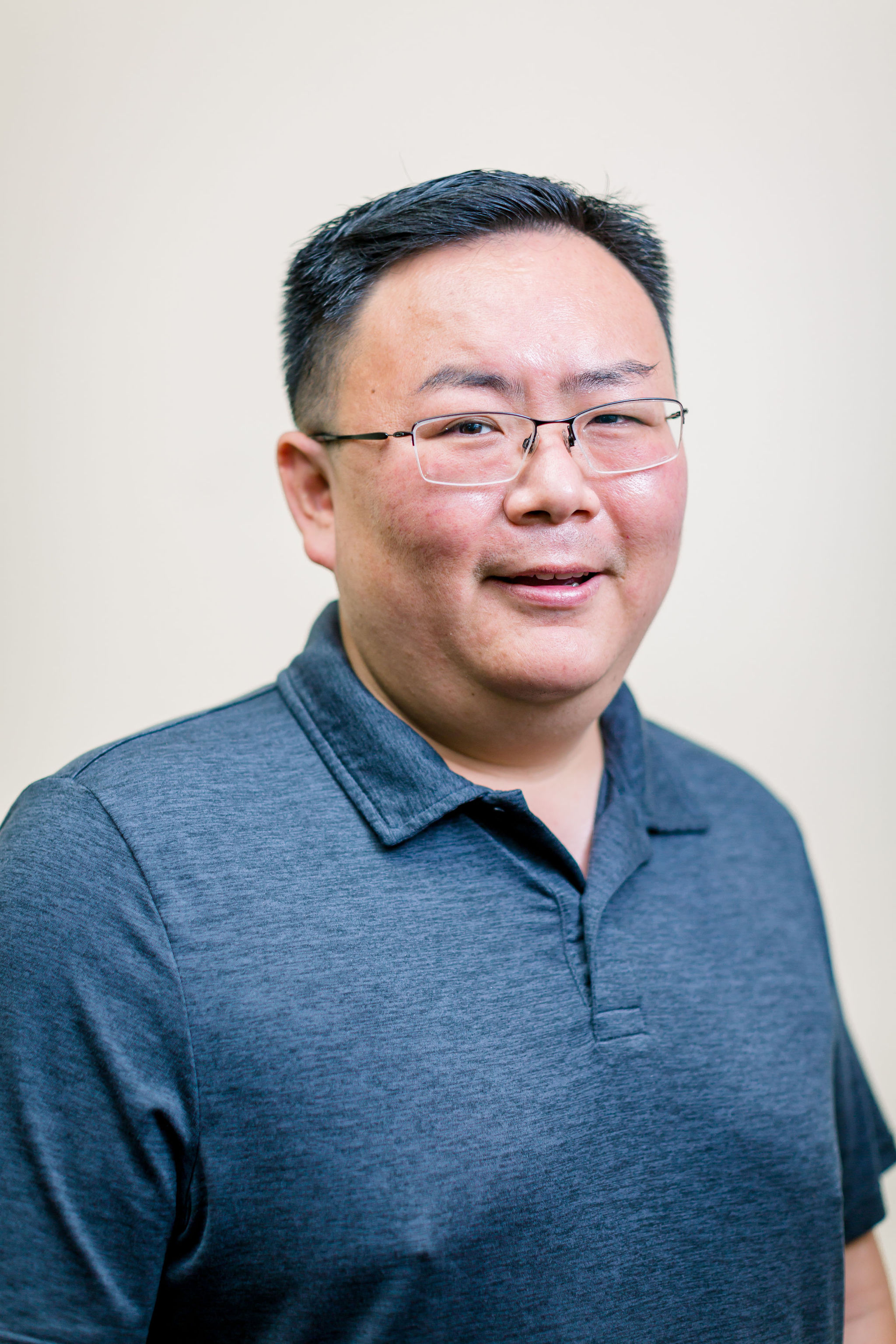 Pastor Jerry Lin joined ACC as the part-time college ministry director in August 2021. Jerry was born in Taiwan and grew up in Dallas. He studied genetics and computer science at UC Davis and worked in a biomedical research lab after college. While serving as a counselor at a youth retreat, Jerry felt called to vocational ministry. Jerry served as the youth ministry intern at Greater Phoenix Chinese Christian Church while working on his Master of Divinity at Phoenix Seminary, and later he served as the college and young adult pastor there. After the birth of their first child Elizabeth, Jerry and his wife Selma moved to Austin to be closer to family. 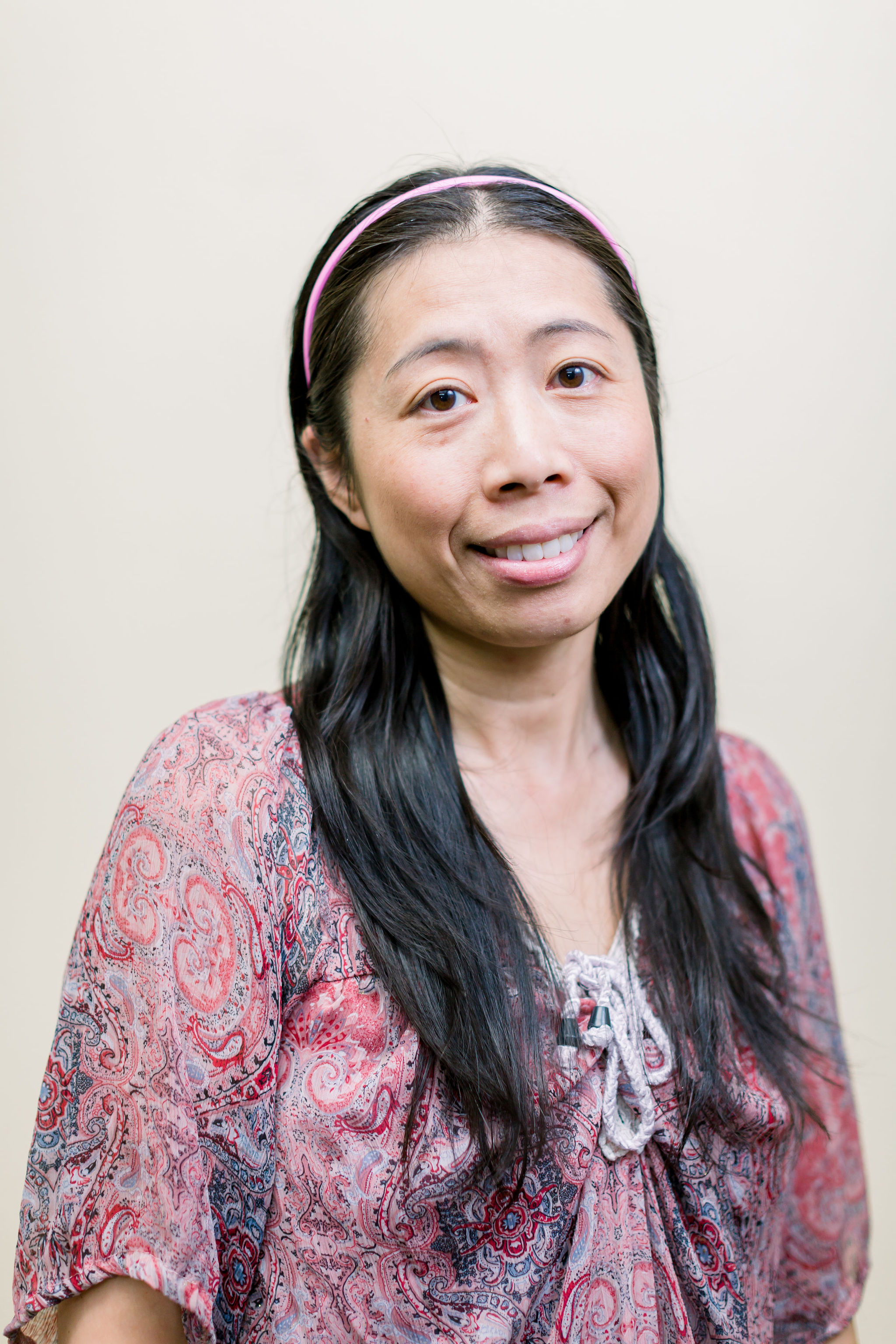 Ann Hung was born in Hong Kong, immigrated to the US and attended high school in Houston. Ann received her bachelor degree in computer science from UT Austin, master degrees in software engineering and choral conducting from Texas States University. She was baptized in ACC in April 1995. Following her calling to ministry, Ann attended Southwestern Baptist Theological Seminary and received a master degree in Christian education in 2013. She joined the ACC staff in 2014, and has served as Cantonese ministry assistant and Children ministry assistant before accepting her call to serve as Children ministry director for Awana/JAM in 2020. Ann is married to Johnny Wong and together have three children, Johnson, Joann and Joshua. 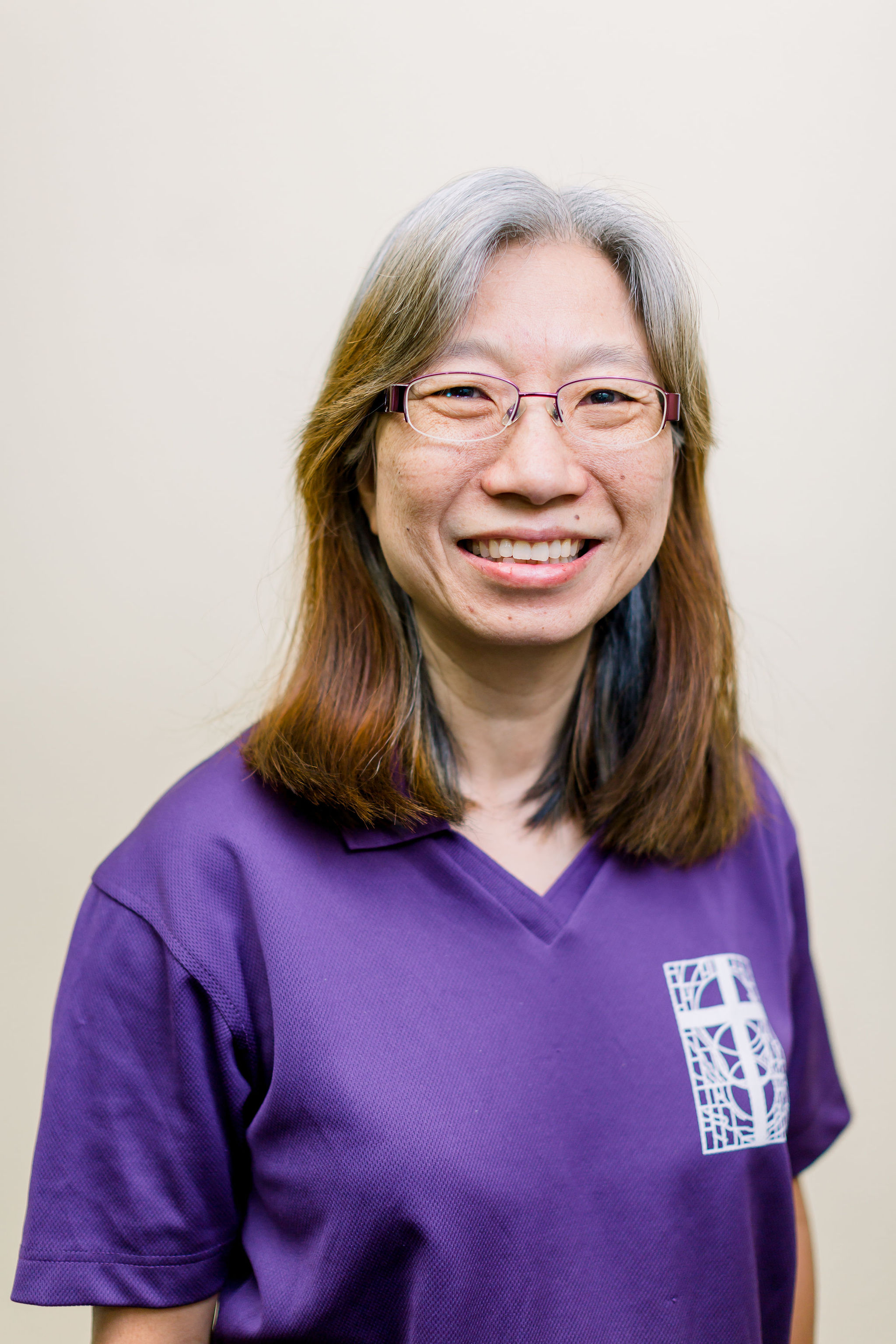 Lai Yung Lai is the Children's Ministry Director for Promiseland (Sunday mornings) at ACC, having joined staff in September of 2016. Lai Yung was born and raised in Hong Kong before immigrating to Florida. Her family moved to Austin in 2005. Lai Yung was the deacon of children's ministry from 2012-2015. She believes that it is important to help each child learn about Jesus and His salvation, and is glad that she has the opportunity to serve God in this important ministry. Lai Yung is married to Raymond and they have three children, Andrew, Becky, and Christopher. 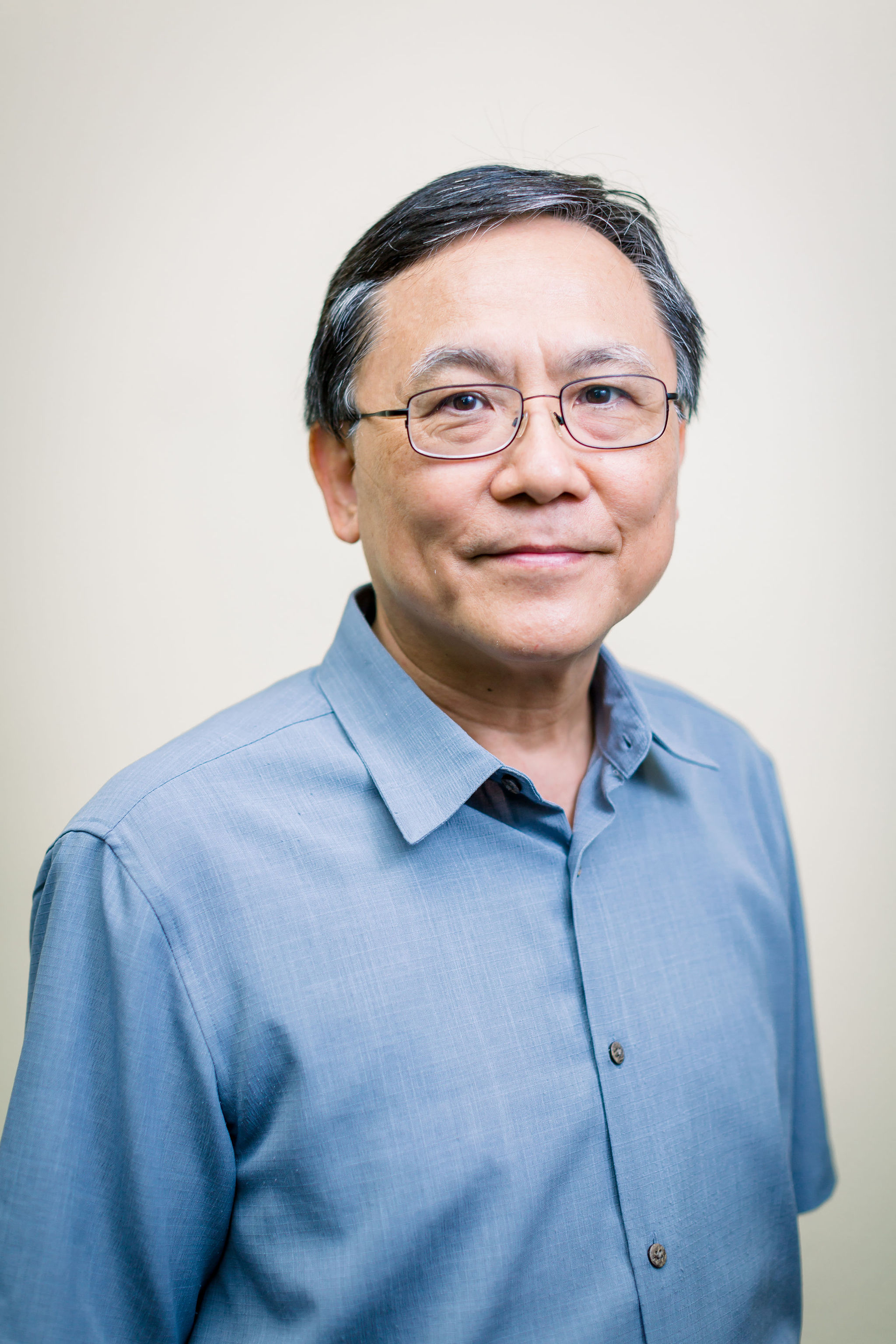 Rev. Tony Hsu came to the US from Taiwan in 1983 for his MBA study. Soon after, he and his wife Jenny, accepted Christ and got baptized together in 1984. After getting their masters degree in computer science, they moved to Los Angeles in 1986 to work as software engineers and joined a newly planted church FEC-SGV. Four years later, they planted another church (RLCC) with a team in Los Angeles. At that time, God called them to full-time ministry, and Tony completed his M.Div. studies at Fuller Theological Seminary in 1994. Then, from 1997 to 2013, he served in Ithaca, NY, the college town of Cornell University, focusing on student ministry. In 2000, he served full time as both Chinese Pastor and English Pastor for 8 years. He also served as Cornell University chaplain and continued to equip himself by completing Doctor of Ministry study at Trinity Evangelical Divinity in 5 years (2003 to 2008). God then guided them to move to Austin at the end of 2013 to serve as ACC’s Mandarin Pastor. Their two daughters, Lydia and Tina, have already graduated from college. 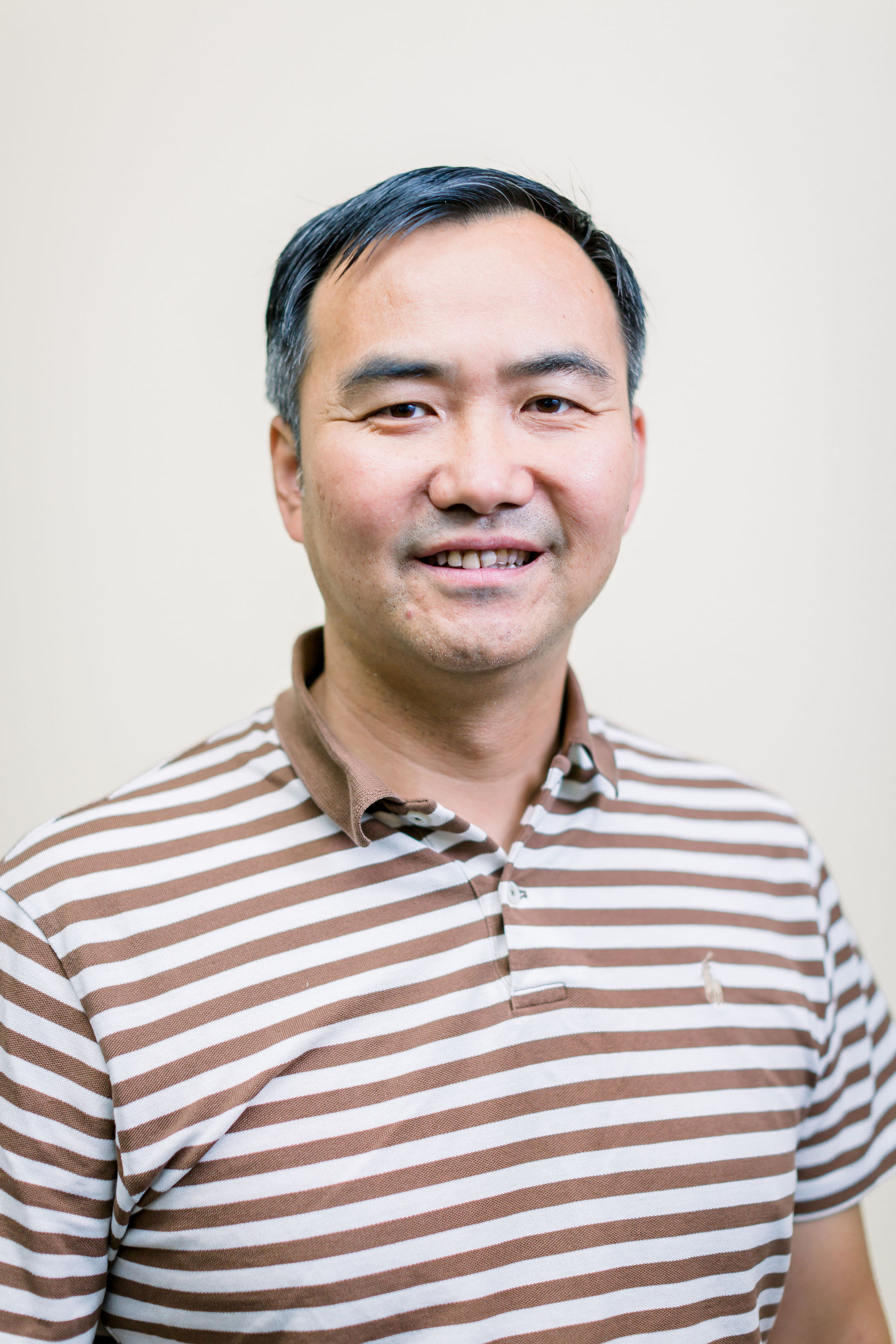 Rev. Simon Shen came to US in 1997. He received a Ph.D. in Electrical Engineering at Washington State University, then worked in utility companies for 12 years. He received Christ in 2002, and entered Dallas Theological Seminary in 2007. He received the Th. M. degree in 2012 and came to serve as the Mandarin Associate Pastor at Austin Chinese Church in January 2013. He and his wife are raising a family of 6 boys and 3 girls. 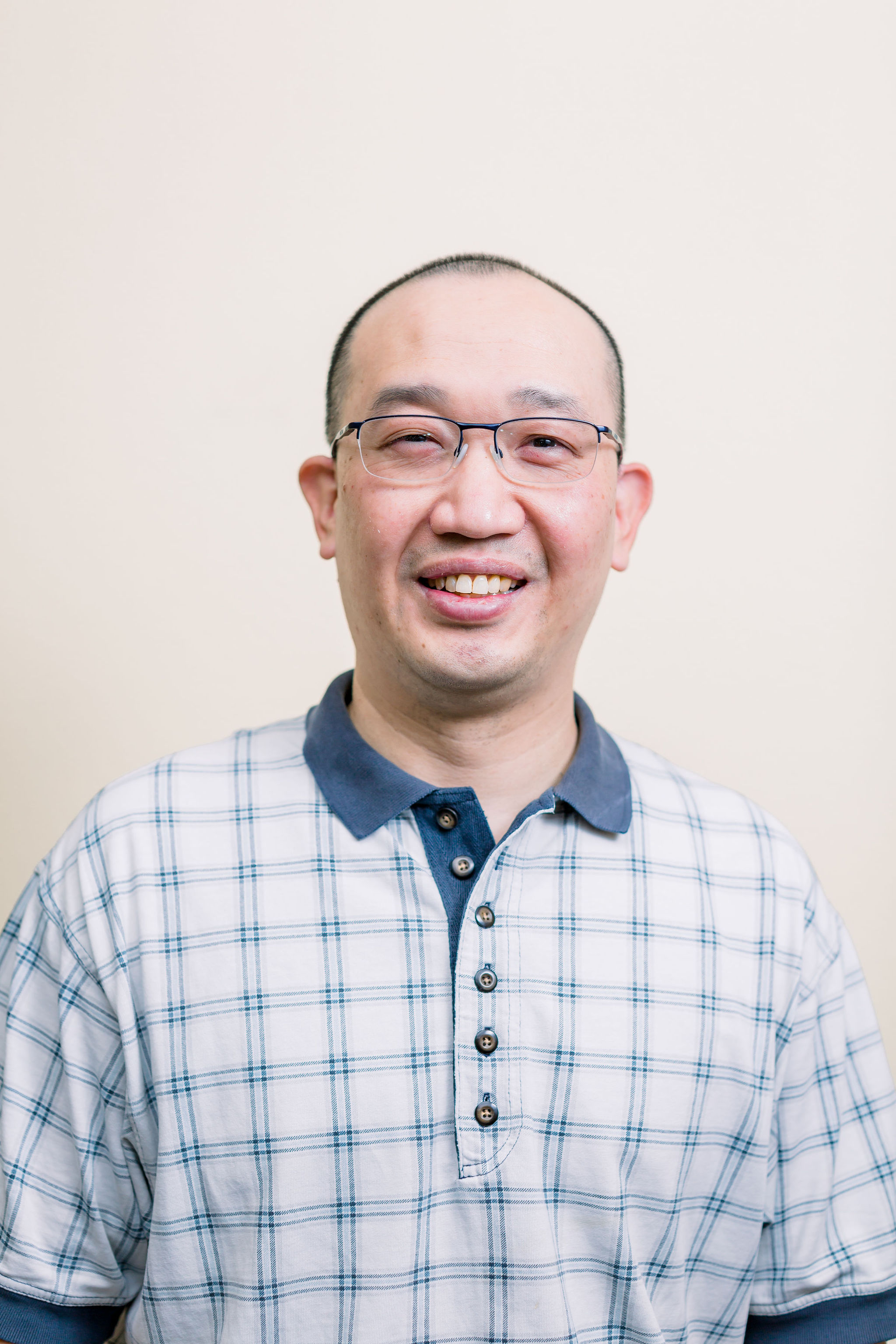 Reverend Enoch Chow was born in Hong Kong and moved to the US in 1991. He finished his high school and college in CA. Before being called to full-time ministry he worked in the IT industry for almost twelve years. In 2010 he moved to Dallas for his seminary study. In 2015 he joined ACC and became the Cantonese congregation pastor. He is married to Esther, and they have two sons. Enoch likes watching cooking shows and enjoys cooking and road trips.